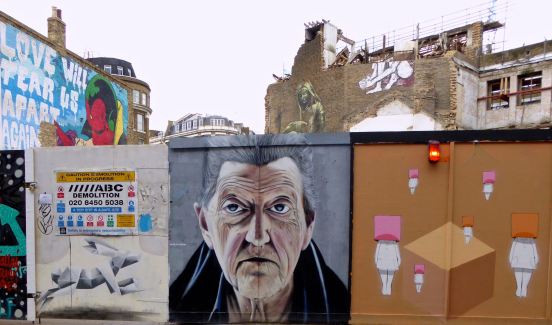 As their wrecking balls

Crash down the walls.

The buildings are split

Ridding them of trouble

Turning all to rubble

For once it’s all razed

There’s money to be made

Never mind how we feel

The development’s a steal

For those with power

“Have you an inkling

Of the grief we are thinking

When you split our community apart?”

In the East End of London, Spitalfields, many homes and buildings have been demolished and replaced with high cost housing or expensive office blocks. This has tended to price the local people out of the area, break up communities and bring in new residents who have no close ties to the community. Often buildings could have been improved but there is more money in doing them up for a different market or other things. On the positive side, the Street Artists have moved in and taken advantage of bare walls and fencing to display their work. One of my favourites was the madonna-like figure on the end wall behind the hoarding in my photograph above. The area around Brick Lane is a mecca for  restaurants and tourists. But for local people who want to stay, it is impossible – it can be over a million pounds for a 2 bedroom apartment!  There have been protests against the ‘gentrification’ of the area but money always wins. 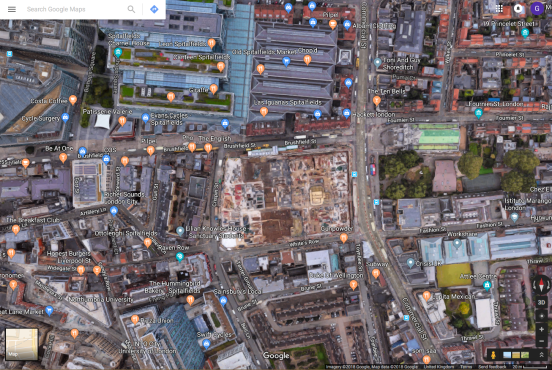 Screenshot from Google Maps, shows a demolition site in the heart of Spitalfields. 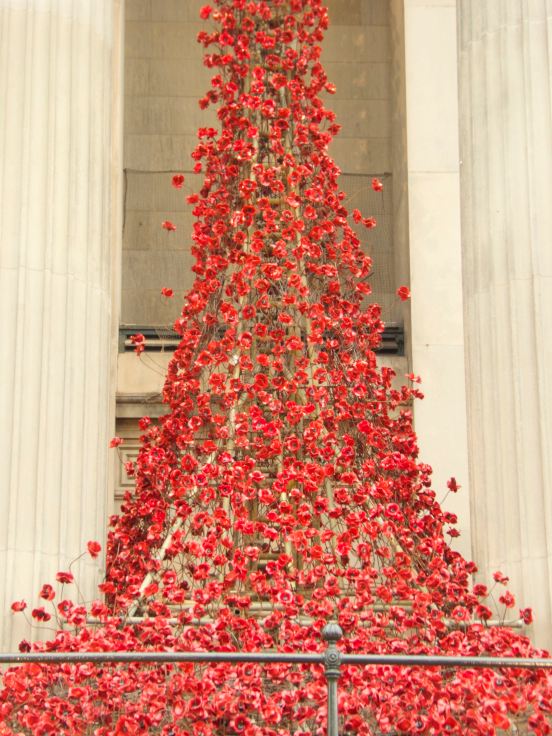 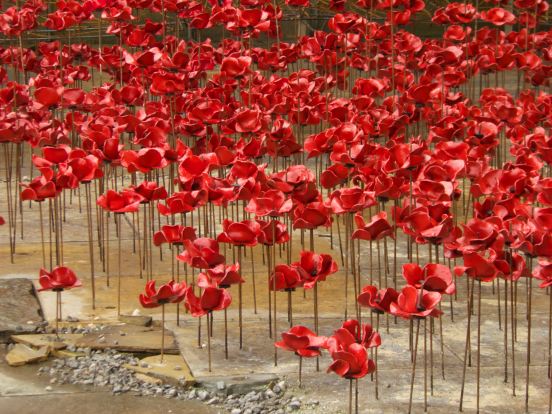 A friend, a father, an uncle, a son

Each loyal to the last.

Each believing they could stop

Who each believed they could stop

Going over the top

Which slugged into bodies,

Til blood seeped unstoppable into

The quagmires of a foreign field.

Yet loyal to the last, to the cause of

The politicians who sent them.

Each poppy, each death

Photos and poem copyright to Englepip ©