Somehow I knew you would come

The premonition tingled in my brain

Like a scratching at the base of my skull

Saying wait: it will happen; something special.

Too long spent in the truck, travelling the dirt roads

Concentrating the eye on distant shadows

Which turned out to be termite mounds.

Turn back they said; enough

And as we turned

I knew. I knew to stop

Maybe I could hear it in the silence of the bush

Primeval senses scenting  you on the wind.

Or maybe your spirit met with mine

Your fierce dominance stealing into my heart.

For suddenly there you were;

You and your cubs.

A regal mother; a proud mother

We sat in stillness, afraid to break the magic

Admiring the closeness of the moment

And they gambled round your paws

A signal from you and they stepped in line

As you leapt upon the bonnet of the truck

Meeting my eye; a moment of blind trust

A nod at the spirit that joined us.

And so we sat

Until you had scouted the horizons

And we our fill of the thrill

And suddenly, with alacrity, you were down,

With a last salute to our shared moment,

Your tear-marked face and waving tail

To move off to do battle with the night.

Taking aim, I took a shot

For memories are held in such photos.

Photo from a live screenshot via Africam. Words and shot copyright to Englepip©

Although the above photo is from a screenshot, the incident itself is based on truth. We were travelling in Samburu National Park, Kenya when I had  a premonition which persuaded us to stop after a tiring day. I knew we were about to see something very special – what – I did not know, but this moment will stay with me forever. Unfortunately my camera work at the time was not successful but I can still see the whole thing in my mind and I was so fortunate to see this cheetah and its cubs on a live camera on Africam. 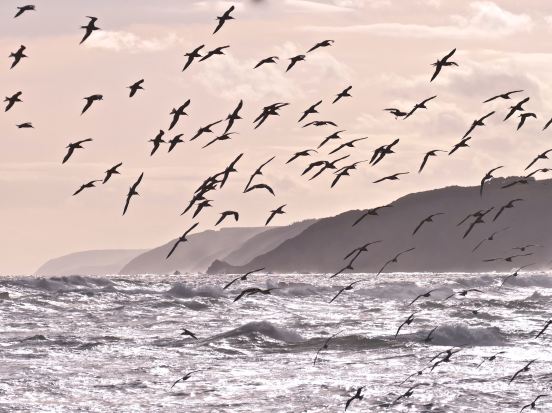 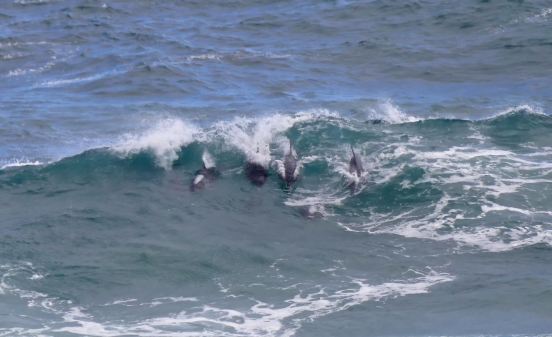 Imagine if you had wings

And could fly through the sky

Soar above the  earth

Imagine if you could dive

Hold your breath for an age

Play in the waves,

And the warmth of the sun,

A lake and the deep dark

And a landscape of snow

Flowers in a meadow.

Breathe in the scents

As far as you want

To the places you love

And with those you adore.

Smile.For your mind is

The imagination can be such a positive. Dream and imagine and you can be somewhere  with someone, do something. And just a few moments of escape into the realms of your imagination can change your mood, your outlook and the way you react to the day and to others. So try it and SMILE and be free for a while.

Words and photos copyright to Englepip©

They congregate at the waterhole

The young; the old; the grey; the brown

Each overcoming their fears

To slake their thirst in a dry land.

The pressure from the one behind

Urging them forward into vulnerability

Afraid to miss their place in the line

To be overtaken by the lesser

In the pecking order.

Treading carefully where they can

Listening for something not quite right

For the bark of warning and the grunt

Of the elders, pushing them forward

Into the mud, where hooves will be sucked down

Sucked into the swamp

That surrounds the waterhole

Sucked and stuck so that the lions will

Be bound to have a meal.

Luckily today there is no kill

Luckily today they lived all day.

But what about tomorrow? 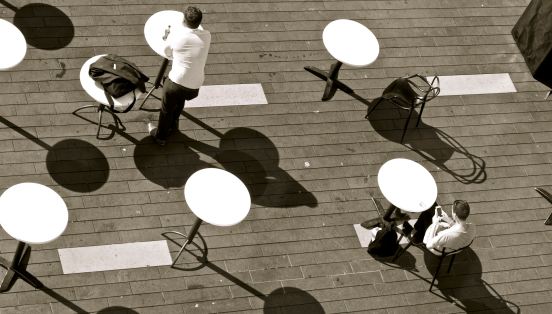 At the dot of a table

On a dash of stone

Morse code calling: Meet with me. 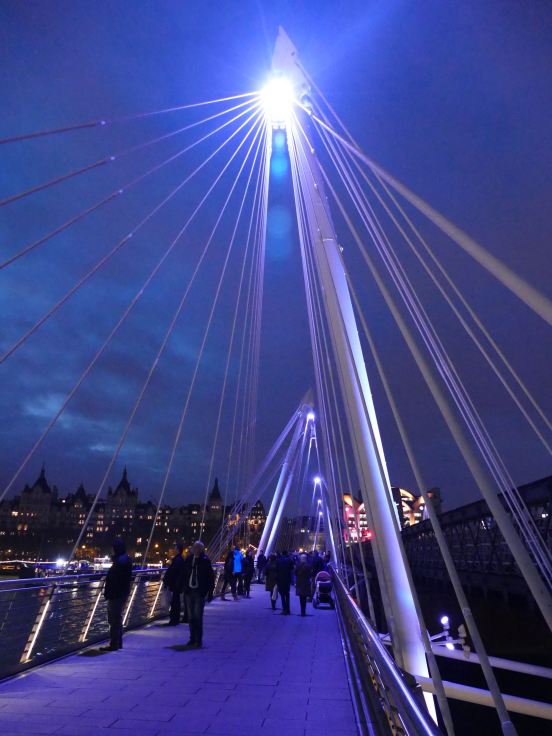 The lights along the bridge,

South to North along

There are two  Golden Jubilee Bridges each flanking the Hungerford Railway Bridge which carries trains from Charring Cross on the north side of the Thames to Waterloo Station and the London Eye on the south. The bridges are only 4 metres wide and are pedestrian bridges constructed in 2002 and named in honour of  Queen Elizabeth II’s Golden Jubilee. At night they are lit usually by a purple light. 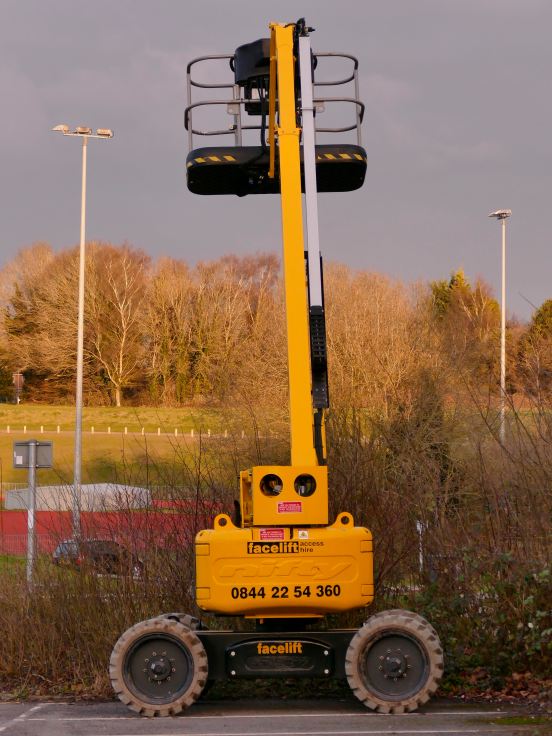 Help me human please as soon you may

For I am not conversant with your ways:

Have not yet been invited with my stick.

To run around the field that’s  over there,

Instead they’ve left me standing without care.

Perhaps they fear ‘cos I am not the same

I’ll bully off with some outlandish sway

And give the game the opposition’s way.

I note the ageing seniors as they pass

Their wrinkled faces dropped beyond their jaws

I offer them the skill that’s on me marked

They must want a facelift for their maws.

My language may not be their one of choice

For they walk away, conversing in low tones.

About the strange machine parked by the stones.

So lonely and so woebegone  am I

To see you brings a tear into my eye

The first to really stop and take a look

And smile at my facade  which they forsook

For you can see my  friendly alien smile

And know that I am  here just for a while

And although you know I look just like a lift

I was walking by the hockey pitch when I got this view of the lift used to repair the lights. They are very high up and require specialised equipment to replace the bulbs etc. Can you see the alien? I did  – it cheered my day and got me to thinking.

Poem and photo by Englepip©. Copyright.

If only your love

Were as constant as the rain

I’d be your puddle.

Photo and haiku copyright to Englepip©

The bush creaks with the sounds of dryness.

The dust rises beneath our feet.

It seems impossible in this desert

That any animals can survive

And yes we have seen them;

The browsing giraffes and the

And if there are ungulates, there are

How many times have you seen

Lion in this remote location of

Right here where we are standing?

Right here? Where you are standing.

The rifle is real. It is for

The scourge of the bush,

To kill for a pittance

So that the rich corruptors can

‘Make a kill’ at their expense

And at the cost of a life

The life of a dying out beast.

I carry a rifle.

Every movement in the bush

And our eyes never rest for long

Between the rifle and the trees

And even the stones

Which have a habit of turning

Into something else if you do not yet

Know how to look.

The heat pervades our skin;

It is time to retreat from this

And seek the breeze of a

Words and photo copyright to Englepip ©

an unsophisticated person from a rural area; hick.
I don’t know if poverty produces rubes
Or if they just exist because they are
Unaffected, innocent, not classy
Living in the country.
Perhaps there are no rubes in Africa
Perhaps there is just
Money and no money.
Food and no food.
Clothes and making do.
Perhaps the unsophistication
Is borne out of hard physical labour
With no time to loll about
As wastrels laughing at others
And tricking them out of the little they have.
In the country living is hard
Transport is little and you must
Walk and carry and work to exist
Trusting others to help
Because your survival
Depends upon it.
Perhaps the city slickers
Are scarred, damaged and hard
Replacing the  warmth of village life
With meanness and materialism.
But perhaps their sophistication
Is enviable; perhaps not.
Perhaps innocence is praiseworthy;
Perhaps not.
Maybe we just have to exist separately.
And try not to insult each other.
It is the first time I have come across the word rube. I immediately thought which pictures I might have of unsophisticated people from a rural area and I found this shot from my time in Africa. There is poverty everywhere in Africa but the difference between city slickers and countryside dwellers is most noticeable when country people move to the city and get taken advantage of.
Words and photo by Englepip copyright ©

You dress as though you lived long ago

Striding through the field to battle

At the cardboard turret in the field,

To support your troops in historic gear

And pretend that your costume makes it real.

And at night, for a weekend, you live in make-shift huts

And swill down the ale with your group;

Laugh raucously at the jesters who run through the crowd,

And at the  feeble attempts of the newbies

To throw their spears at the mock opposition.

Acting out a battle at Basing House

Believing yourselves, almost, for a day, in the 1600s.

And we gather and we watch and choose sides

Cheering this way and that as the riders clash

And the spearmen push and fall aside as if dead.

And there is fake blood and fake wounded

And we admire the costumes and the action and the shouts

And are carried away at the action until a halt is called.

Leaving the field, we queue for our cars as you pack up

Looking forward to another performance, at another location

And did it bring the times alive for you, for us

This sanitised version of the cruelty of war wounds

And heads on spears?

Rather it made us nostalgic for what was brutal

Closed our eyes to what was real misery and fear

And made us think how wonderful it must have been

To walk this earth then

In touch with nature, living under the stars,

Fighting for a true cause.

When, in fact, the country was torn apart,

With mistrust brutality and betrayal,

And ordinary people were at the mercy of

Can we really live the life and

Pretend there was no starvation, no pain,

No torture; no violence;

That they could all go home at night

And live to fight another day?

The inspiration for this poem came from when I attended a wonderful afternoon at Basing House, Hampshire, where the English Civil War Society re-enacted the siege that took place there in 1643. There were stalls and ale for sale and it was very informative about the way the spears and weapons were made – in fact there were real blacksmiths and carpenters using the methods of the time to produce these. When the battles took place the horsemen (and women these days) showed tremendous skill in manoeuvring their horses and there was an obvious battle plan. I had a terrific afternoon and almost convinced myself it would be great to join this group. But I stopped myself. I asked myself whether making a war into an entertainment is the right way to go – if by sanitising the reality we deceive. The poem is the result.